Brahmastra, starring Ranbir Kapoor and Alia Bhatt, opened in theatres on September 9 amidst fanfare. Dharma Productions soon shared that it collected Rs 75 crore at the worldwide box office on its first day and finally ended Bollywood’s dry spell. Some websites, however, claimed that Brahmastra had raked in only around Rs 37 crore on its opening day. This discrepancy left fans confused. So, is Brahmastra really doing well at the box office? Let’s find out.

The confusion around Brahmastra’s box office numbers stemmed from the fact that there are two different yardsticks for assessing a film’s . Brahmastra producers shared the film’s worldwide gross collection on social media. Most trade websites, on the other hand, posted the domestic net figures.

While the two terms are often used interchangeably, there is a major difference between them. The net figure is usually calculated by deducting taxes from the gross total.

“The gross figure is a reflection of how much a film made at the ticket window through the sale of tickets. Net is usually calculated after deducting state and central GST from the total. Then, in Tamil Nadu, we also have the Local Body Entertainment Tax,” tracker Ramesh Bala tells IndiaToday.In

Most trade websites use net collections as the yardstick for measuring a film’s performance.

“In India, we talk about net collection to avoid any confusion on account of different tax slabs and changes in the distributor share arrangement,” says trade analyst Joginder Tuteja.

That said, there is nothing wrong in sharing the gross collections of a film, feels trade analyst Komal Nahta.

“In India, we usually share the net figures. This is the norm. That said, there is no law against using or sharing the gross figure when one talks about the worldwide box office. The producers just wanted to give a consolidated figure. Moreover, they clearly mentioned that they were talking about the gross worldwide number,” he adds.

He further says that the gross collection is a more common measure in the international market.

SO, WHERE DOES BRAHMASTRA STAND?

Coming back to Brahmastra, it exceeded expectations at the box office in its opening weekend. The action-adventure drama grossed Rs 225 crore worldwide to emerge as the best performer of Ranbir’s career.

The film subsequently had a decent hold on Monday and Tuesday, which helped it pass what the trade calls the ‘weekend test’.

“Rs 16 crore came in on Monday. It further made around Rs 14 crore on Tuesday,” adds Tuteja.

“It grossed around Rs 6 crore in Tamil Nadu in three days. This is a good figure for a Hindi film with a dubbed version. That said, there was a drop on Monday,” says Ramesh Bala.

Brahmastra is an action-adventure drama that revolves around Shiva, played by Ranbir Kapoor, who shares a special connection with fire. The flick features Alia Bhatt as the female lead and marks her first collaboration with her husband, Ranbir. Brahmastra has an ensemble cast that includes Nagarjuna, Mouni Roy, and Amitabh Bachchan. Shah Rukh Khan has a cameo as a scientist in the flick. 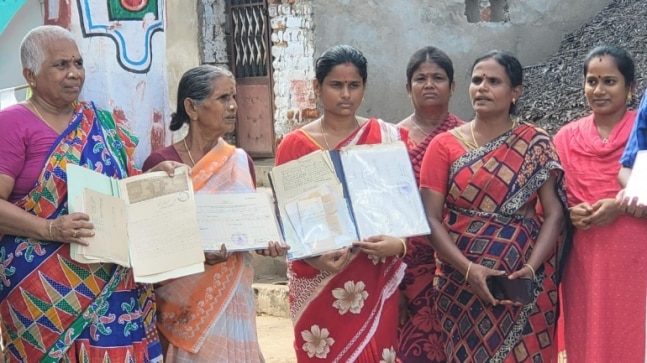