Tiroda, Earrings are coming out in the paddy plants planted in the farmers’ fields. In the surrounding villages, wild boars are damaging the paddy crops being prepared for Kharif by trampling and eating them. This has increased the problems of the farmers. At the same time, farmers are also facing the threat of life from wild boar. These days wild pigs are harming this paddy crop of farmers. Since a fortnight, wild boars have been coming in the area and are causing damage to the crop. In the evening, herds of pigs reach towards the fields and are destroying the paddy crop.

Bhushan Nagpure, a farmer of Lodhitola, told that the process of filling the grains in the paddy by coming out of the womb of the paddy named Satyva in about 2 acres in the field is started. In this stage, the wild boar eats the raw paddy grains in Bali, breaks the standing paddy crop from the bottom and puts them to sleep. By making their residence in this sleeping paddy, they stay here by camping at night. Paddy has been completely damaged due to the infestation of wild boar.

The farmer cannot guard the crop of the field during the rainy season. If this crop is in the summer season, then it wakes up at night also. But it is impossible in the rain. The pigs do more damage to the farmers whose fields have paddy to be prepared in less days. In the entire campus, farmers plant paddy which is prepared in less days in less proof and this paddy falls on the crops of these farmers due to the sweetness of the pigs and getting them to eat them in less proof now. 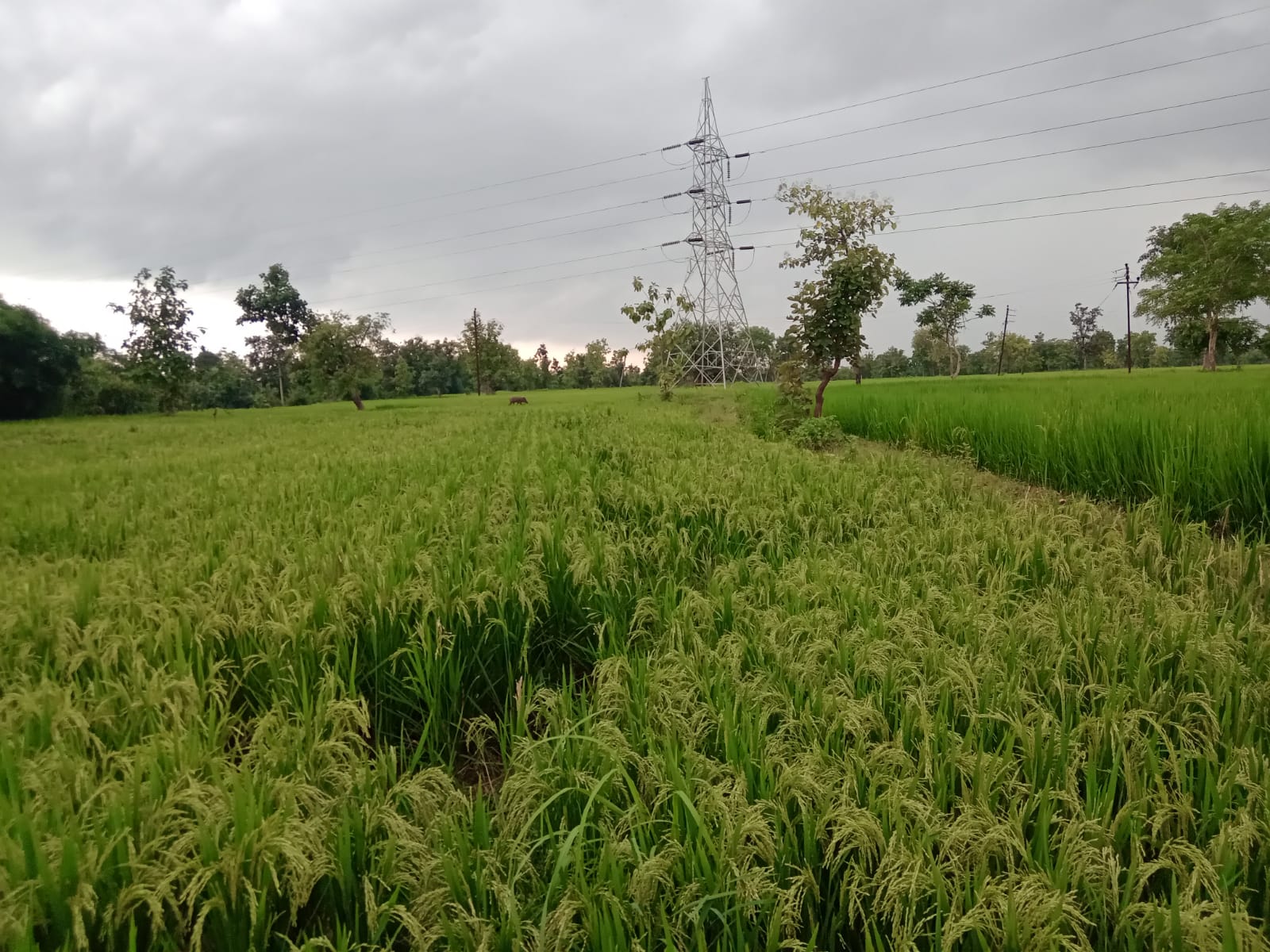 Before the paddy was planted, the pigs dug up the tubers of Suran, Kochai tubers on the bunds of the fields and ate them. The earthworms live inside the wet soil by digging the meadows, they dug and ate them. The farmers who have planted tur crop on the ridges of the fields, in the process of digging earthworms, the tur also got uprooted and dried up. Because of this farmers stopped sowing tur. Pigs dig up all the ridges.

In the fields, wire, membrane and white empty plastic sacks are seen hanging on the trees and iron wires are installed around the fields. Due to the touch of the wire to his feet, he runs away in fear. Such is the thinking of the farmers. That’s why the farmer does all these tricks. The white band, the membrane which keeps shining in the night and being white, the pig is a little afraid thinking that it will be a man, yet it is difficult to save the crop from these creatures. After a few days the crop is about to come to the house, then this problem has arisen.

That’s why the saying of the farmers is “When the crop comes home, then say yours.” This proverb is being realized here. These animals now roam without any fear even during the day. Only the animals of the government do harm. Whereas the method of giving compensation under the rule of law is commendable. The loss is 10 thousand rupees. of Rs. 3 to 4 thousand. get compensation. For that too, certificates of Patwari, Agriculture Department etc. and many types of documents have to be submitted, even after this the amount is not received for 1 year. The call of the farmers is to make proper arrangements for these wild creatures or to capture them and leave them in the reserve forest premises and let the farmers produce their crops without any fear.